The size of the FS-S100x series engine is relatively small, and there have been many successful cases that have been installed on climbing vehicles and military truck models. Instead of the cumbersome start-up problem of previous model engines, this engine is equipped with a micro brushless starter motor as standard. It is also very easy to use. After matching with the brushless ESC, assigning an ignition switch on the remote control can be like driving a real car. It’s a cool thing to start the engine like that, isn’t it?

The FS-S100x series engine is shipped as a finished product, and it can be put into use after a simple assembly is completed. The so-called simple assembly refers to the installation of cooling fans and starting motors. And exhaust muffler pipe. The installation steps are as follows:
Open the package, you can see the FS-S100A engine and some of its accessories.
The accessories are: manual, motor bracket gasket & screws, fan blade, grease, exhaust pipe, starting belt, starting motor. The following picture shows.
In addition to the accessories mentioned above, FS-S100GA also has Hall brackets, Hall sleeves and screws 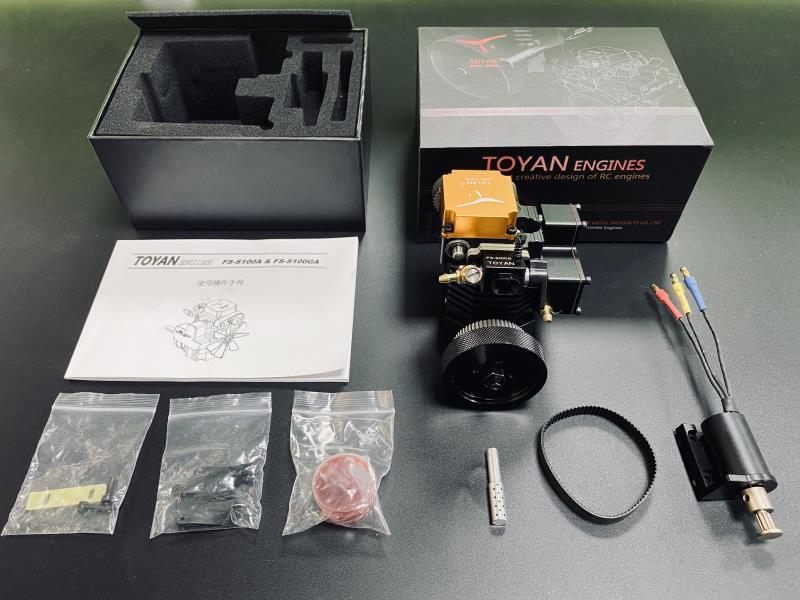 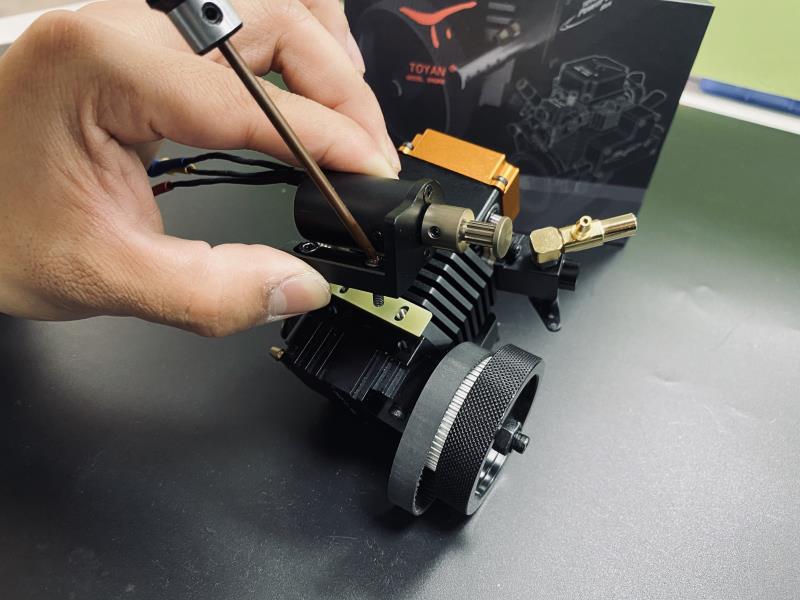 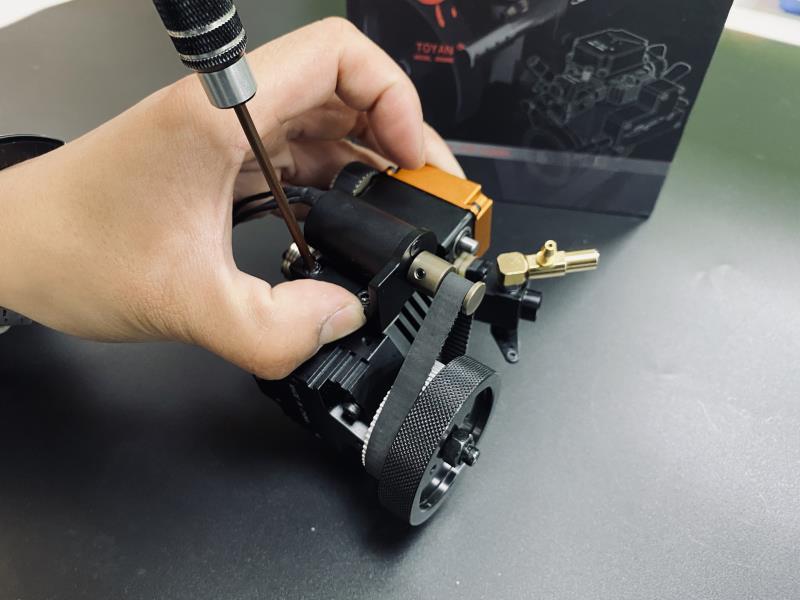 Next, install the fan blades, remove the fan blade screws one by one as shown below, and tighten the screws to the corresponding holes of the blade to complete the installation. 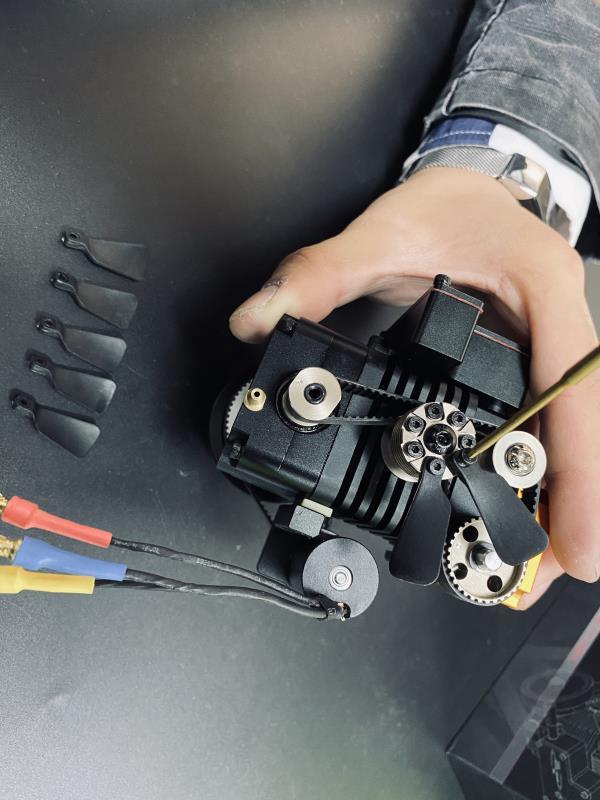 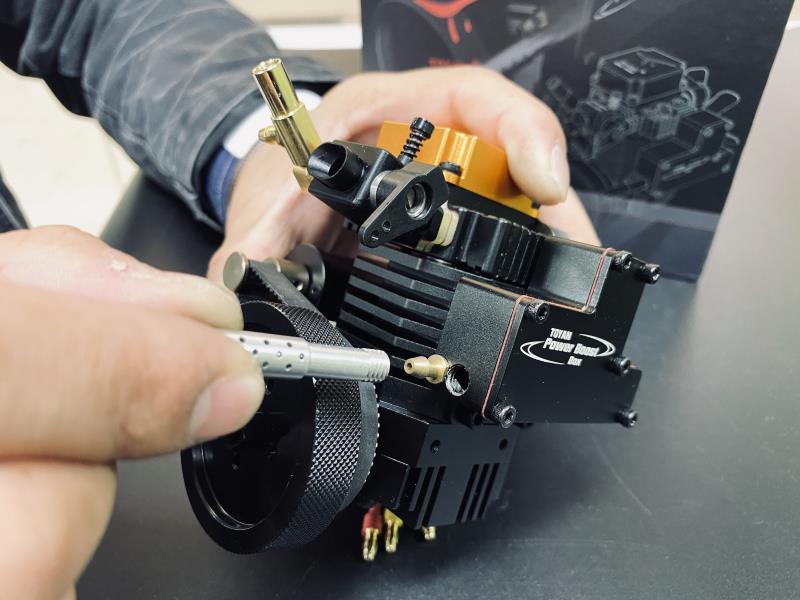 If you simply like machinery and don't want to install it on any model, just to watch the engine turn, listen to the engine, and feel the sound of the engine inhalation and exhaust, then this engine is also a good collection. Its appearance has many ornamental details, and the workmanship is exquisite, with a unique mechanical beauty. I also love this engine. In addition, this engine is also quite suitable as a basic physics teaching tool.

For players who needs, the manufacturer recently launched a professional package, which only needs to install the engine on a special metal base to complete one-key start, throttle acceleration and deceleration control, and also integrate a simulated fuel tank. This professional package provides all the accessories that you need. Players don't need to buy additional accessories (except fuel), and even install it without using an electric soldering iron. This package is suitable for playing by yourself or cultivating children's hands-on ability.