English
中文版
HOME
COLLECTION
FAQ
ABOUT
SUPPORT
CONTACT
English
The longevity method of Toyan methanol engine
Home > FAQ
The longevity method of Toyan methanol engine
1Thorough break-in;
It is best for the engine to go through a thorough break-in, so that the working temperature of the engine will not be too high due to friction and heat. How to judge whether the engine has been worn away, you can disassemble and tighten the heat head on the engine, and turn the flywheel by hand when the piston reaches the top stop When you click on the compressed state, it feels very difficult to rotate and there is a breath, which means that it has been worn out. If you feel a sense of astringent metal friction, you must continue to run-in patiently. Never play with run-in is related to the life of this engine. , After a good running-in procedure, the compression cylinder pressure will be maintained for a long period of time before it will start to slowly go downhill, so running-in is very important to the service life of the engine, and it can be said that it is the key to the life! There is also a grinding engine It is not just the running-in of the piston and the cylinder, all the joints need to be run-in, such as the two ends of the connecting rod, the crankshaft and the crankcase, so it is very important to run-in the engine! Generally you get a new engine 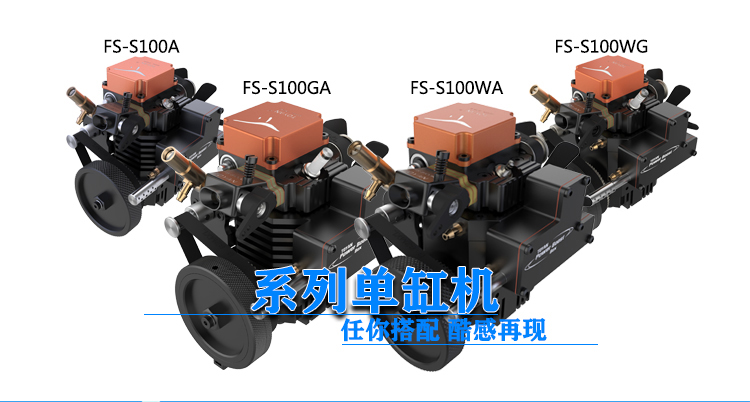 Don't just take it apart or use it without a filter to avoid foreign impurities or dust from entering the engine and causing unnecessary wear. Simply check the engine and start running in, and then try to use the strong wind first. The oil method runs in half a liter of oil. The so-called wind and oil method is to gradually open the accelerator after starting the engine. When the speed is increased, the oil needle is removed at the same time, and a large amount of oil is used to pull the engine speed down so that the speed does not rise. This running-in method has the advantage of removing all impurities inside the engine, but this method Don’t grind more than half a liter of oil! Because the running-in method of strong wind and heavy oil puts a higher pressure on the connecting rod, use this method to run in half a liter of oil to clean the inside of the engine to avoid any small impurities remaining in the engine. The running-in period has not passed You will find that he has a situation, that is, if you adjust the main fuel needle to speed, the engine temperature is very high, but if you retract the fuel needle a little, the engine is weak enough, which means that the engine temperature is from The friction heat between the cylinder and the piston, or the friction heat between the crankshaft and the body. In fact, there is still too much oil. What should I do in this situation? Adjust the engine until you feel it comes out at high speed, and then don't continue to run at high speed, that is, run quickly and slowly, and urge the oil in a straight line. In this way, the temperature will not rise too high, so that the grinding engine will run in quickly or it will take a long time to grind a good cylinder. The inside should be a circle of bright friction surfaces. If this friction surface shows a strip of strain It means that the engine is not running-in well. You may have made him rotate too high during the running-in period, so that the compression cycle of the engine will be shortened. Proper working temperature; the piston-cylinder group of the engine is commonly known as the ABCB combination, which is aluminum alloy piston + connecting rod + piston ring + chromium plating cylinder, and the thermal expansion coefficient of aluminum alloy is larger than that of copper, so the piston is at high temperature. The expansion speed is greater than the cylinder, and the cylinder is full. If you make the engine temperature higher, the size of the piston will be larger, so the piston wears more, so once the engine has been driven at 120 temperature for a period of time, When you want him to return to 100 degrees to work, you will find that the power of the engine is insufficient. This is because after the piston has adapted to the temperature of 120 degrees, when it returns to the working temperature of 100 degrees, the size of the piston is not enough Big. Therefore, the development of the piston/cylinder is very important. You cultivate it at a fixed temperature, assuming 120 degrees. When you feel that the power is insufficient at this temperature, the action you have to do is to slowly adjust the main oil needle or the auxiliary oil Speaking of this, the needle has two thinking directions; (Of course, there is another situation that the engine has not been ground!)

A)Exhaust has a lot of smoke;
That means there may be too much oil, but the temperature has reached the working temperature you set. In order to lock the oil needle, you must replace it with a cooler and new heater or let the engine cool down before adjusting the oil needle.


B)Exhaust without a lot of smoke;
at the same time you must remember to withdraw the oil needle to deal with it, because of these two Method will make the engine hotter Pay attention to the exhaust smoke is a very important index.When there is no smoke in the exhaust, it is a precursor to overheating, especially when there is some smoke in the exhaust hole when it is pulled at a high speed.
Once there are several signs of overheating, you will find that the engine is soft and weak, and the second is excessive carbon accumulation! Don't be playful at this time, if you let him run more, the piston will wear a little more, and then turn off the engine. Retract the piston to the bottom dead center, and restart it after the engine has cooled. In this way, slowly running in.